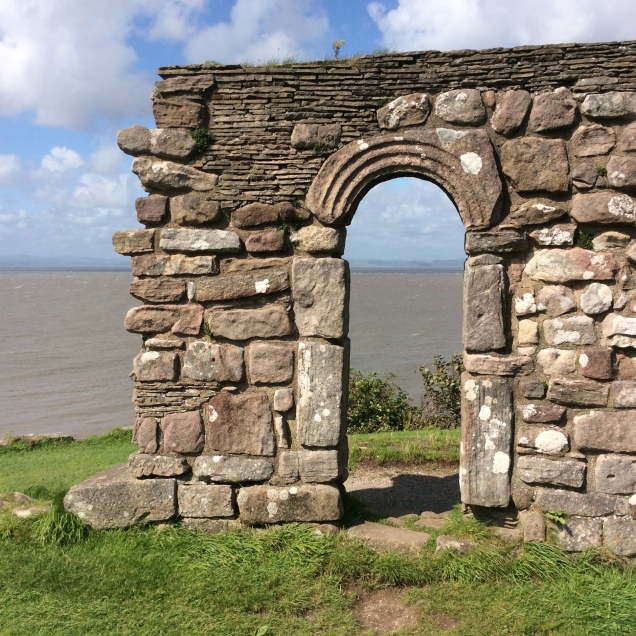 Today was the first day in a while when there hasn’t been a downpour. With the forecast looking good I decided to take full advantage and head to one of my favourite places. Heysham is a coastal area just outside Lancaster, probably better known for its port and power station than for its sea views. You will not be surprised to know that neither of those facilities was the reason for my visit. A little way along the coast from the docks and the sites of industry is one of the most picturesque spots in the north west of England, and it is amazing how many people know nothing about it. 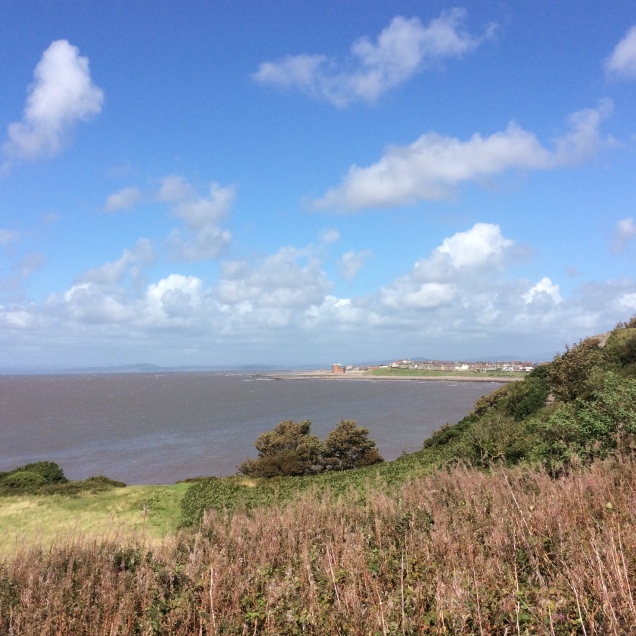 Overlooking Morecambe Bay, Heysham’s sea cliffs are a beautiful place to sit and look down to the rock pools below or to walk the many coastal paths, appreciating the bracken, grasses and heather. 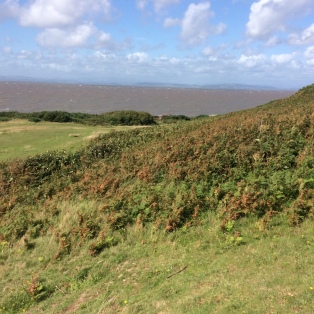 It’s no wonder that such a place as this evokes a strong sense of spirituality and a connectivity to the forces of nature. Others before us were moved to make it a place of prayer and contemplation. There is evidence that the newly Christianised Anglo-Saxons first built a small wooden chapel on the cliff head in the 5th century. That older chapel was replaced in the 9th or 10th century by the structure whose remains still stand today. 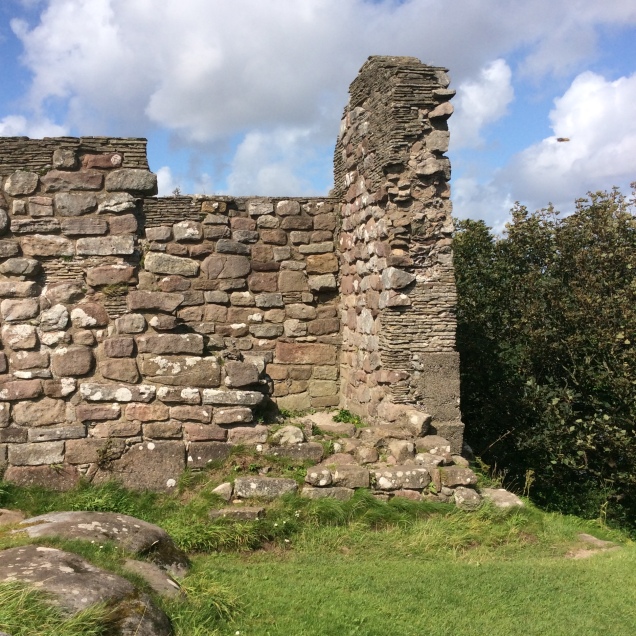 The chapel is dedicated to Saint Patrick who was instrumental in spreading the new religion. Although associated with Ireland where he was adopted as patron saint, Patrick was an English man, hailing from the Ravenglass area of Cumbria. Aged 16, he is believed to have been kidnapped by pirates and taken to Ireland where he was held as a slave for about seven years. The story goes that Patrick had a dream in which a ship was waiting to take him home, and this spurred him on to make his escape from captivity. He boarded a ship bound for France but strong winds blew it off course to Heysham where Saint Patrick landed.

A cemetery existed around the chapel where about 80 members of the community were interred. More interesting are the 10th century barrow graves, hewn from the rock close to the cliff edge. It isn’t known who occupied the graves, but probably figures of importance. Due to their size it is speculated that they may have held bones only. Herein, it is believed, is the reason for the building of the new and larger chapel around the same time: to provide a place for visitors to the barrow graves to pray for the souls of the dead. They now enjoy Grade 1 listed status. 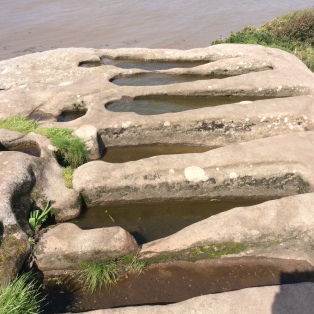 I love coming here. Not only is it a lovely place to be near the sea away from the crowds, but also to appreciate those others who have left their marks on the land.