Yesterday’s visit to Heysham took me to the ancient ruin of St Patrick’s Chapel and the mysterious stone barrow graves at the edge of the cliff.

A short walk from the chapel ruin is the Church of Saint Peter, which also has its roots in the Anglo-Saxon period. Grade 1 listed, the building still retains some of the original fabric but has been developed over more than a thousand years, the final additions being made in the 19th century. In the main, the Church is medieval. 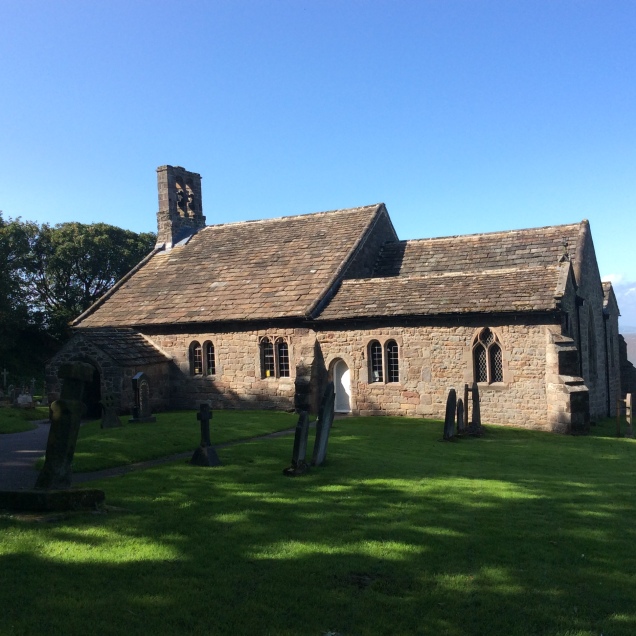 The first thing that strikes me when I enter the church yard is its picturesque back drop – quite literally, it’s perched at the edge of the cliff where rolling waves flood the rock pools directly below.

It’s hit and miss as to whether the church is open, perhaps depending on whether somebody from the parish is available to supervise. Yesterday I was lucky.

The interior is small and dark; typical of its era, with that slightly musty smell of age, wax and polish that I really quite like. Behind the altar is a memorial stone inscribed to the memory of one William Ward, vicar of the church, who departed life in 1670. The engraving style is common amongst 17th century tombstones, where words at the ends of rows are split and there are no spaces between. The window in the photo was installed in the 1300s. 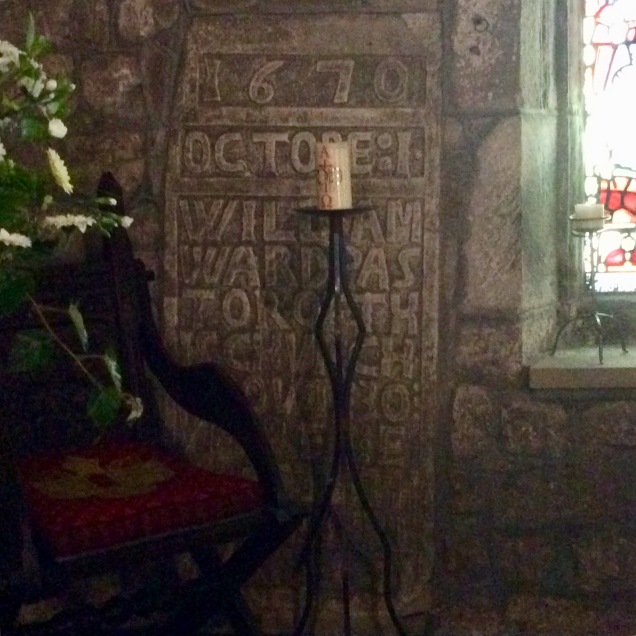 The most interesting exhibit in the Church is the hog back Viking tomb which dates back to the 10th century, around the same time the barrow graves were dug out on the cliff above. There are other hog back stones in Scotland and elsewhere in the north of England, but the St Peter’s example is considered to be in the best condition.

The stone was brought inside the Church in 1960s to save it from further decay. Engravings on both sides have been interpreted as tales from Viking mythology; a Christian trefoil is also depicted. The melding of Pagan and Christian narratives was not unusual.

Another interesting feature is a decorated medieval sepulchral slab which would have covered a tomb.

Back outside, I took a turn around the graveyard to learn more about the people of this idyllic place. The lower section of an Anglo Saxon cross is somewhere in the grounds but I didn’t come across it.

The medieval stone coffin next to the path was originally under the window of the south chancel inside the Church. It contained a body, presumed to be a former rector because of the fragment of a chalice found in his hands. The body was reinterred inside. 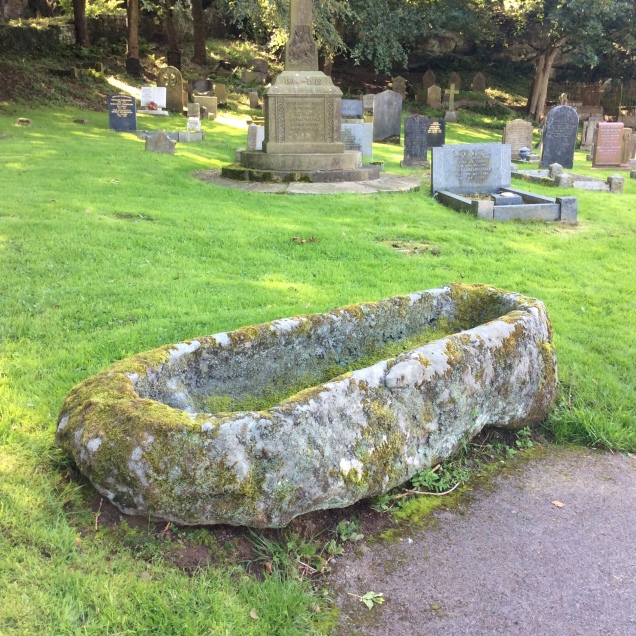 The post of a Saxon sun dial (the face is lost) is also grade 1 listed.

Morecambe Bay is a stunning but particularly hazardous stretch of the north-west coast line, where fast incoming tides can rush in from all sides and catch people unaware. Some readers will recall the tragedy of the Chinese cockle-pickers who were drowned in 2004. Two years later a helicopter crash in the Bay claimed seven lives; the names of the pilot and six gas rig workers who died are commemorated on a memorial stone at St Peter’s.

Within the railings is the grave of sisters, Agnes Wright, 18, and Mabel, 14, who drowned together in June 1895 whilst bathing near the rocks within sight of their own home on the cliff, more victims of treacherous tidal currents.

I noticed, as in all grave yards, a few surnames recurring over the decades or even centuries, a sign of roots and continuity. I also, inevitably, noticed a few sad stories like little Stewart’s, a boy clearly popular with his school friends. 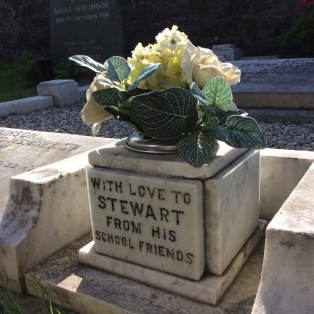 And one or two enigmas such as the young and apparently unique James McAvoy.

My lasting impression of this village is that people and communities come and go but for all of them this has been home for a time. Some arrived from across the seas and made lives here, bringing custom and culture; becoming part of the the land and its story. Maybe they stayed; perhaps they returned to the Nordic lands or across the Irish Sea. Other folks can trace their roots here back through the centuries to Domesday. Archaeologists have discovered evidence of life at Heysham going back 10,000 years or more. It’s wonderful to be able to see the legacy of this cultural melting-pot everywhere you look.

7 thoughts on “St Peter’s Church, Heysham: a melting pot on a cliff edge”