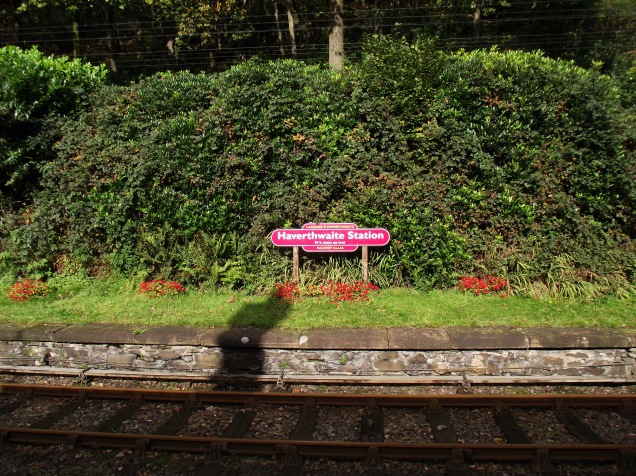 Last year saw rail chaos in the north of England. At its peak during the summer months hundreds of trains in the region were cancelled every day; of those that ran, far more were delayed than were on time. The impact on my life was minimal compared with the horrific experiences endured daily by thousands of people who depended on Northern trains to get them to and from work. By way of compensation for some of my delayed journeys, Northern sent me several travel vouchers entitling me to free rail journeys. This small collection of freebies has remained in a drawer for nearly a year, so this weekend I thought I’d make use of a couple of them before they expired.

The first leg of the journey was to Grange-over-Sands.It was going to be a changeable day according to the Met Office, and as we sped across the viaduct at Arnside the bright sunshine of early morning was replaced by threatening cloud with the first of the day’s light showers appearing just as I alighted at Grange. I briefly regretted not bringing an umbrella, but the rain had stopped by the time I boarded the bus outside Grange Station to get to my next destination.

Just 17 minutes later I alighted at Haverthwaite railway station. This once busy branch line of the Furness Railway transported iron ore to the industrial regions of the north west of England until the industry finally went into decline. Popular also with holiday-makers travelling to Lake Windermere, the station finally closed to passengers in 1965 and to freight trains two years later. From the time of the line’s demise, work was going on behind the scenes to purchase steam engines and carriages for preservation. These were stored at nearby Carnforth until a deal would be struck with British Rail for the line to be sold into private ownership. Seven years later, after numerous obstacles, objections and with the support of parliamentary lobbying, the purchase was realised and in 1973 the Lakeside and Haverthwaite Railway Company reopened the line. The station has been beautifully restored, developed and maintained; shiny red paintwork, window boxes, planters and shrubs offer a welcome contrast with the usual soulless modern railway buildings.

I had planned my day so that I would have an hour or so to spare before boarding the vintage train to Lakeside. Hungry by this time, I decided to try out the tea rooms for some lunch. Walking from the front to the platform, I passed a huge pile of coal, obviously fuel for the steam trains. For environmental reasons, Haverthwaite and other vintage train attractions may not be around for too much longer as we seek to reduce our national carbon footprint. I wanted to ride in a train of yesteryear before the last of them are shunted off to museums. 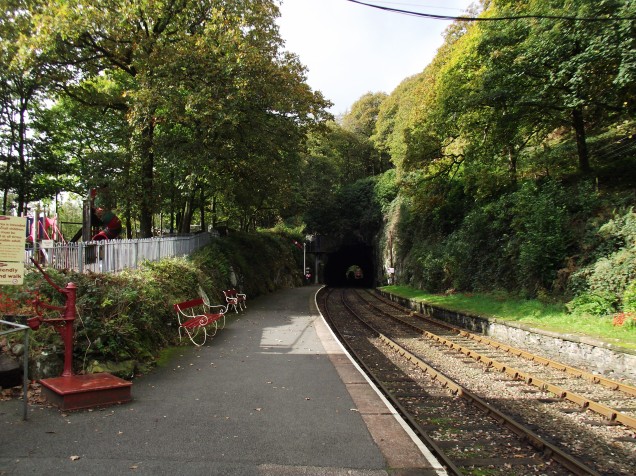 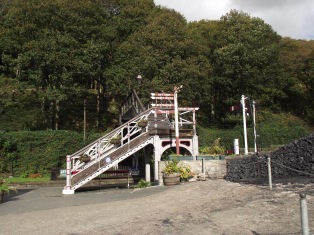 After a tasty and substantial lunch in the pleasant and reasonably-priced (if somewhat over-crowded) tea rooms I had just 10 minutes to wait before our engine, Victor, chugged up to the platform, whistle blowing and enveloped in an aura of steam. The returning passengers emerged, and it was time to board. 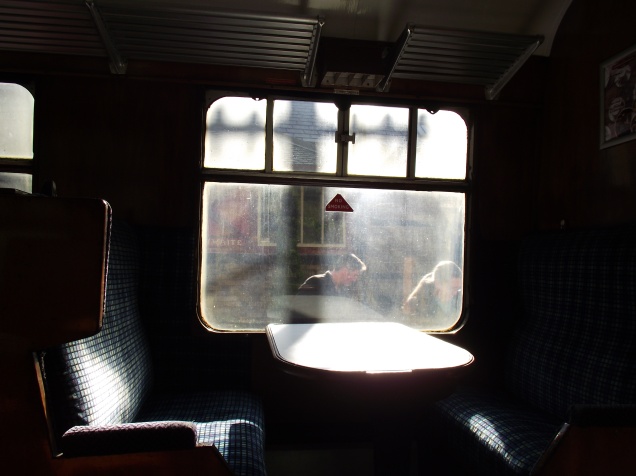 Like the tea rooms, the train was mainly occupied by young and very noisy children, and I felt rather like I was tagging along on a pre-school outing. I tried to talk myself into a more tolerant, less grumpy, mindset, but then another young family took the seats behind and started to sing with great gusto (the parents in particular) about the wheels on the train going round and round all day long. As always on such occasions I resorted to my trusty ear-plugs which remained in place for the next 20 minutes. Settling into my sagging but nostalgically comfortable seat, I appreciated the tints of autumn on display through the window as the train’s gentle rhythm merged harmoniously with the melodic sounds of Agnes Obel. The wheels on the train went round and round, the whistle blew, and trails of white steam floated past the window and up above the pastoral scenery. 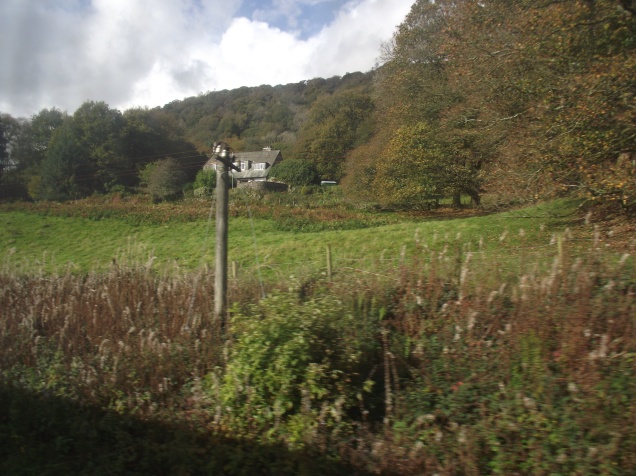 Arriving at Lakeside station on the southern tip of Lake Windermere, it was time to leave Victor the steam engine and start the next part of my journey. I observed that almost all of the people with children were heading towards the adjacent Lakeside Aquarium; so that explained it. This must be a typical weekend lunch/ train/ marine life combo.

I’m glad I made the trip, just for the experience, but I wouldn’t rush back. It was time to get in the queue for my next embarkation.

12 thoughts on “Travelling back in time”