Brief Encounter is one of my favourite films – and I’m not alone. It ranks in second place in the British film industry’s list of 100 greatest films. Directed by the much-celebrated David Lean in 1945, the film was based on Noel Coward’s 1936 screenplay Still Life. Filmed at various locations in England, Brief Encounter is set in 1938 and relates the love that grows between Alec, a doctor, and Laura, a middle-class housewife. They meet by chance at a fictional train station, Milford Junction, where Alec comes to Laura’s rescue and gallantly removes some grit from her eye. 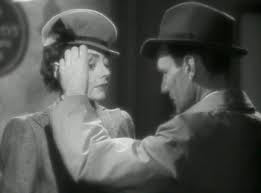 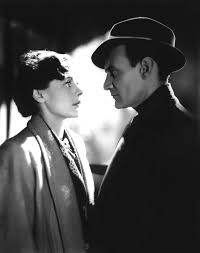 A profound yet unconsummated passion develops from that meeting. It’s a very British film of the times; its respectability and restraint make it all the more intense.

There was no big budget and the cast included no A list actors, but Brief Encounter is credited as one of David Lean’s greatest works and was met with wide critical acclaim when it was released. It has gone on to achieve world-wide iconic status.

Carnforth Station sits less than ten minutes outside Lancaster on the scenic line which winds its way along the Cumbrian coast. Designed by architect William Tite and opened in 1846, there is nothing particularly striking about this station, nor – it must be said – about Carnforth. The Station’s claim to fame is that it was chosen as the site of the railway platform scenes in Brief Encounter. Its rural location enabled night time filming to take place whilst avoiding the war time blackout which was necessary in England’s towns and cities. 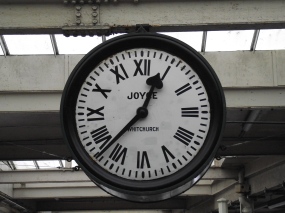 The Station’s now iconic clock appeared in Brief Encounter, and it is that same clock which today tells the time to passengers and visitors to the excellent Carnforth Heritage Centre. Step inside and you will be transported (pardon the pun) back in time to the heyday of steam travel. 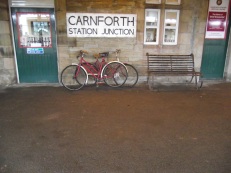 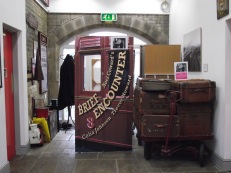 A fantastic team of volunteers works 360 days a year to keep the museum running. Visitors come from all over the world to experience their own brief encounter with British film-making at its best, though they form more of a steady trickle than a flock. I chatted with two Canadian ladies in the gift shop who had digressed from their holiday in the nearby Lake District to see where their all-time favourite film was made.

The Heritage Centre isn’t just about Brief Encounter. In what was once the main waiting room which is now used for presentations and educational activities, a film runs on loop which shares a potted history of the Station and the wider context of British rail travel in the decades before the end of steam.

Authentic artefacts are displayed throughout the Centre’s various rooms and a lot of time and trouble have been taken to create a vintage feel. 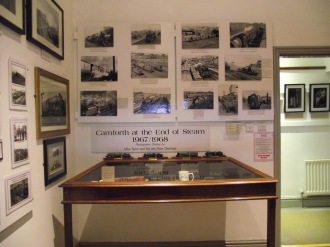 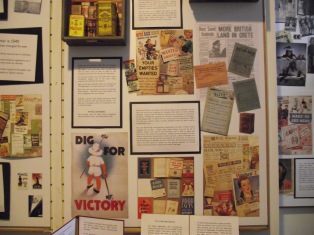 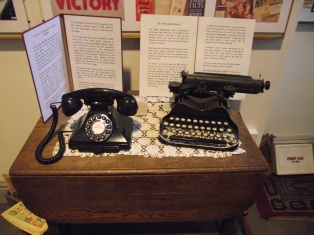 Head towards the gift shop and you will see an array of Brief Encounter themed items on the shelves. I was greatly amused by the boxes of fudge and biscuits, some of which are to be included in suitcases bound for Canada. I bought a mug and ‘far too nice to be used as a tea towel’ tea towel.

From the gift shop can be heard a melody familiar to fans of the movie: Rachmaninoff’s Piano Concerto Number 2 –  the soundtrack. Tucked away round a little corner is a tiny cinema where visitors can sit and watch Brief Encounter from proper plush picture-house seats, perhaps whilst nibbling on some of the gift shop fudge.  This is a lovely touch and a nod to the plot, as Laura and Alec initially meet innocently once a week to watch a matinee together. 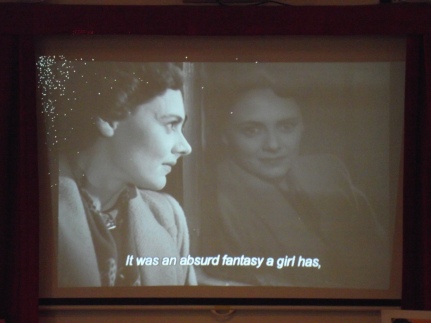 The Heritage Centre includes a year-round David Lean exhibition which celebrates the director’s life and work. 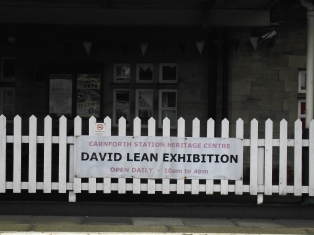 At the heart-breaking end of the film Laura and Alec, having decided to put their families and responsibilities before their doomed love, meet for the last time in the same spot where they had that first encounter; the Station’s refreshment room. Those scenes were filmed in a studio, but the set bore a strong resemblance to the refreshments room at Carnforth Station. Though now enjoying modern facilities, it still has a vintage charm. 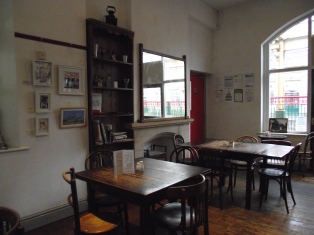 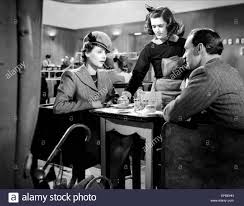 It is run by lovely friendly staff who serve a splendid pot of leaf tea; just the ticket on a cold January afternoon whilst waiting for a train back to the 21st century.