In 1150, an order of Benedictine monks established a Priory church at Birkenhead on the estuary of the river Mersey. They were the first Mersey ferry men, supervising travellers on their journeys across the river. The Benedictine community seems to have lived quietly on the site, though there are records of some of the monks having had colourful pasts, including one who had been convicted of murder but had travelled to Rome for absolution from the Pope before commencing a life of religious devotion at Birkenhead. 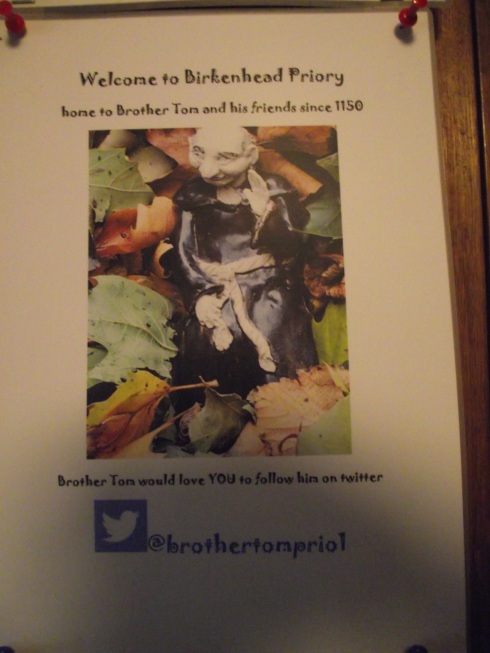 Over the next 200 years, the site was developed with the addition of a hostel and scriptorium. A small monastic community lived at Birkenhead until the Priory was dissolved in 1536, after which it was sold into private ownership. 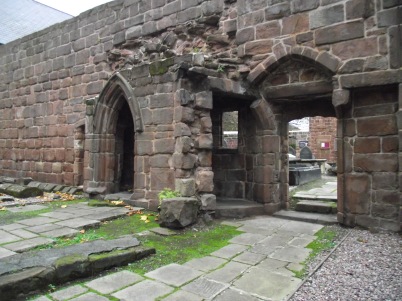 The Priory is small and has a tiny but pretty garden which includes a couple of herb beds, sadly having lost their characteristic scents as winter looms. I imagine it’s peaceful sitting here in the warmer months. 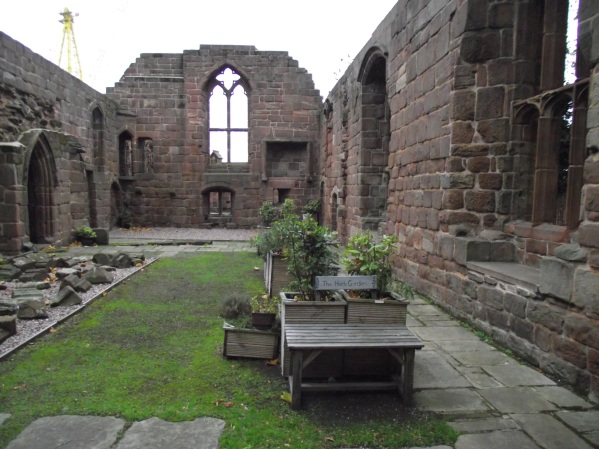 By the 19th century, the chapter house had been left to become a ruin but is now back in use for religious services. The congregation must be small but what a lovely place to gather. 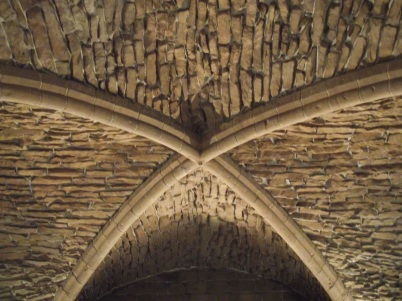 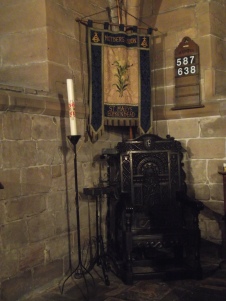 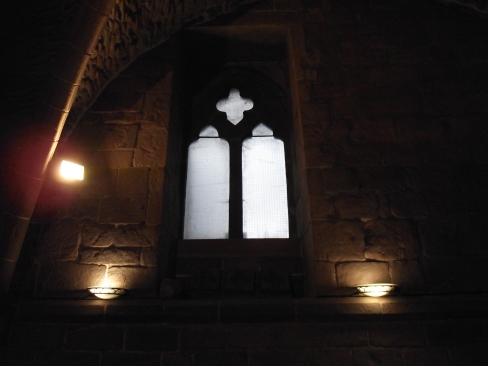 Above the chapter house is the scriptorium which is dedicated to HMS Conway, a navy teaching vessel which was founded in 1859  to improve the training of merchant navy officers. The original ship was replaced twice over the next hundred years but the new ships retained the name. At the time of my visit one of the Conway ‘old boys’ was on hand, talking to visitors about his time on board.

The ship was moored at Birkenhead near to the Priory before being moved to Anglesey during World War II when German bombers started targeting Liverpool, England’s second major port. She met her end in 1953 when returning to Birkenhead for a refit, and running aground. 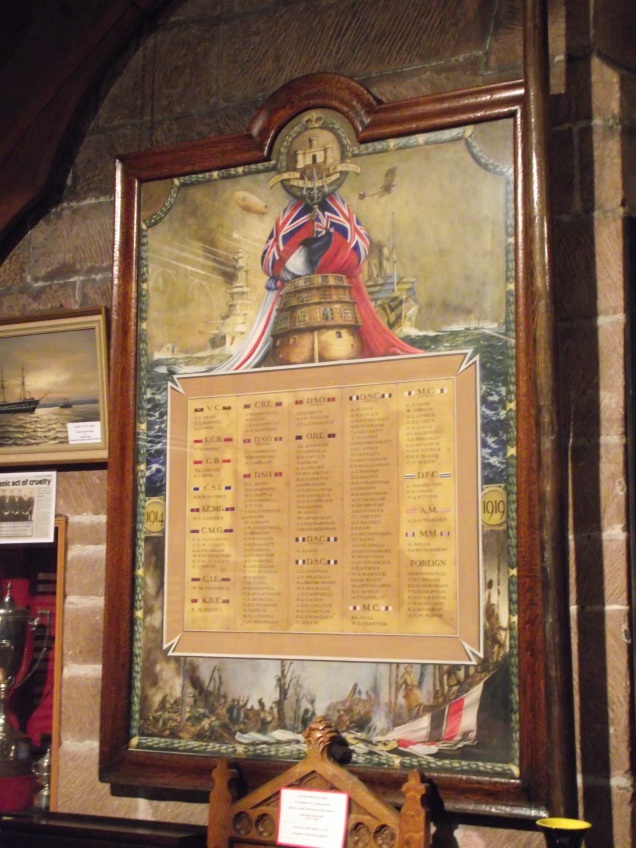 Behind the church, the outer wall has been transformed and spotlights added. This must make a stunning sight by night, 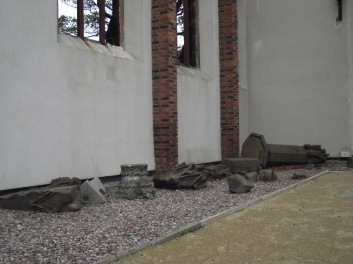 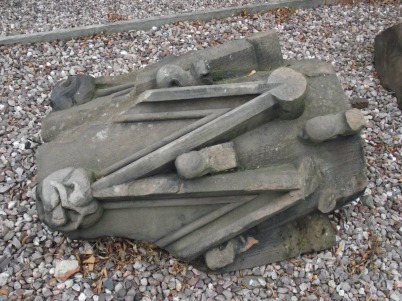 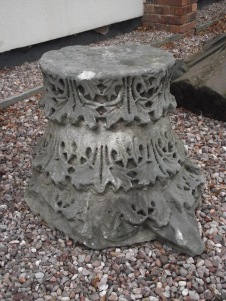 The Priory undercroft is smaller than I had expected and slightly cluttered by the addition of some exhibits which I felt took something away from what could have been a very serene space. However, cleverly arranged lighting showed the exquisite arched ceilings. 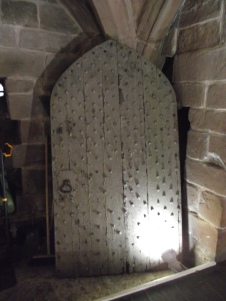 From the undercroft a stair case leads up to the tower and to a spectacular view of Birkenhead and Liverpool but the day was declining and I had another place to visit, so I wasn’t tempted to climb the 100+ spiralling steps.

The links to the river have remained. Camell Laird ship building yard provides an interesting juxtaposition as a large yellow crane looks down on the Priory grounds. 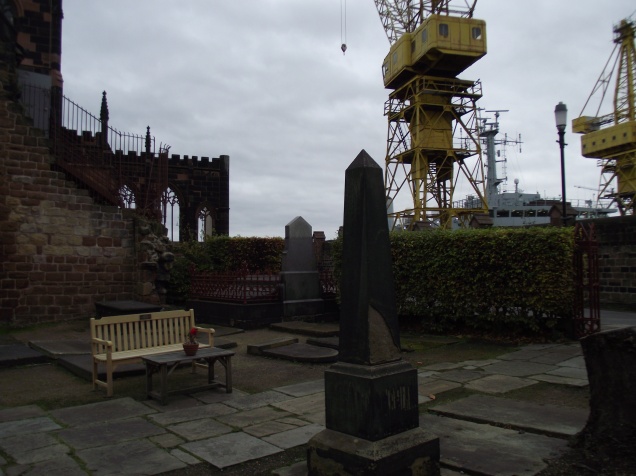 William Laird set up the Birkenhead Iron Works in 1824, its prime purpose being the manufacture of boilers. His son, shipbuilder John Laird, joined him 4 years later and the company soon became pre-eminent in the manufacture of iron ships. John Laird & Sons joined with Sheffield firm, Cammell Johnson in 1900.

John Laird became Birkenhead’s first mayor and was responsible for bringing about great improvements in the town, including maintaining a police force. He also served as the town’s first MP from 1861 to 1874. He is buried in the graveyard next to his shipyard.

For me, this was the perfect time of year to walk among the fallen leaves and enjoy the battering of the coastal wind against ancient stones which have stood for nearly a millennium and may still be there for another. 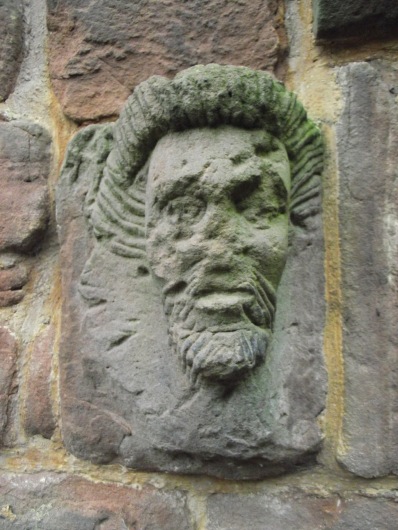