Several weeks ago when I arranged yesterday’s visit to London, I had expected that the last Saturday in September would be more autumnal. However, a forecast of 17 degrees and dawn to dusk sunshine resulted in a change of plans for the day. Museums and exhibitions can wait for colder days; this was going to be a perfect occasion for a stroll along one of the capital city’s waterways.

Having walked the stretch of the Canal from Regent’s Park to Camden last year, I decided that this time I’d begin at its starting point, Little Venice, where it meets the Grand Union Canal at Paddington Basin. 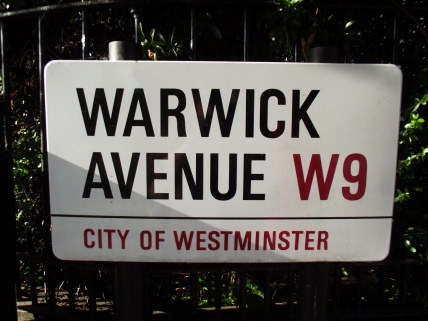 The nearest tube station is Warwick Avenue. From there, it’s just a five minute walk to the Basin. 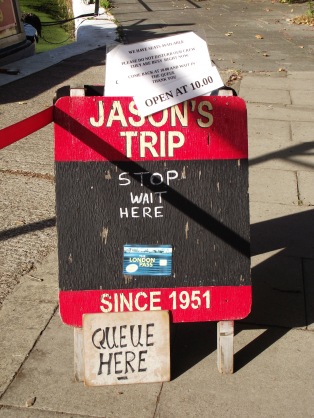 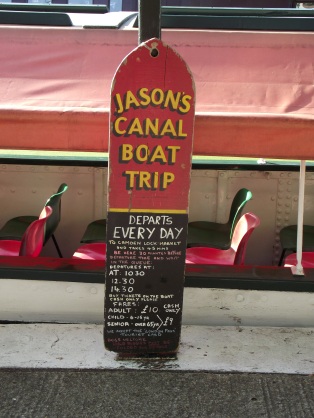 I had expected there to be more boats around, but then it was only 09:40. Queues had already started to form for the water buses and private hire boats. I considered a cruise aboard Jason, but as embarkation was not for another 45 minutes I decided to walk instead.

Heading north along the towpath, I soon found to my annoyance that I had to walk back up onto the road which runs parallel to the water. It seems that the permanent boating community whose vessels are moored there are entitled to lock an access gate which essentially turns that stretch of the towpath into their private gardens.

Whilst I don’t begrudge them the privacy which this offers,  I wish it had been made clear on the various websites I had consulted when planning my walk. At that point I briefly regretted not having waited with the other Argonauts to set sail with Jason

My diversion took me past a nice looking cafe bar situated above the Canal tunnel.  I’d had a quick breakfast at 05:30 so I decided to break off for coffee and toast with a view of Little Venice.

From there, the diversion took me further away from the water and through a housing estate. I consulted my map which seemed to suggest that I was still on track, but I had no idea where I would get back onto the towpath. A jogger helpfully pointed me in the right direction, informing me that I would pass a “nice pub” further ahead and that close by there would be a gate leading back down to the canal. Both were easy to find, but to my dismay this gate too was padlocked shut. A sign indicated an alternative route should the gate be locked, suggesting that there was actually no way for a pedestrian to ever know in advance whether the towpath would be accessible, as this depended on the choice of the boat residents at any given time.

With the water back in view, I ambled along past St John’s power station where on the other side of the Canal yet another cluster of boat people had made a pretty little floating community. 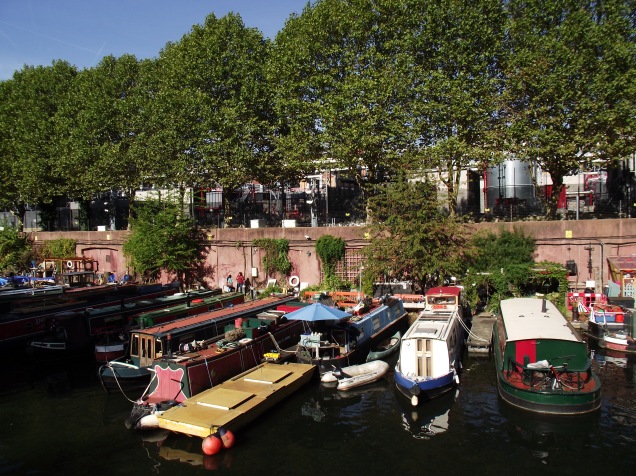 They had also closed off the towpath where they had assembled some lovely gardens and homely structures. At that point, as I focused my camera through a gap in the railings, Jason sailed past. On balance, even though I had been diverted away from my chosen path through an insalubrious residential area , I was still glad I hadn’t wasted 45 minutes of my day waiting for that particular voyage to commence. 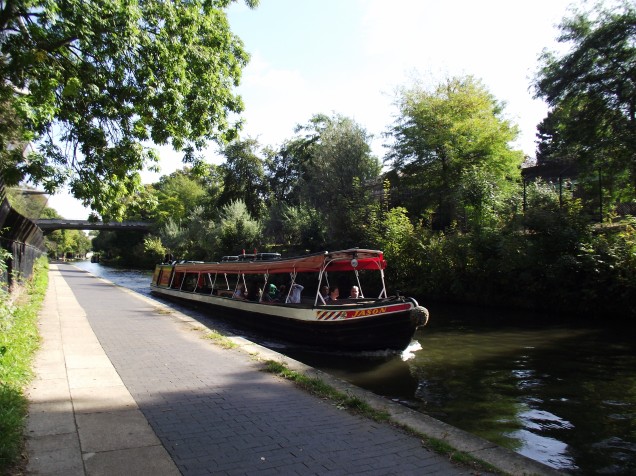 A little further on, I was able to cross over to join the towpath. By this time, more people were canal-side: walking, running and cycling, with some even on the water. The capital’s waterways are havens for busy city-dwellers.

My walk revealed a spectrum of city living, from the palatial properties on the far bank, through the array of quirky boat homes to the sleeping bags and tents under bridges and amongst the trees. One tent dweller bathed in the water as people passed by. I was quite moved by the sight of his little grooming kit of soap, shampoo, comb etc., guarded by his faithful canine companion. I hope he doesn’t have to do that for much longer as the days become colder and the water icy.

This part of the canal skirts the western boundary of Regent’s Park and cuts through London Zoo with bridges connecting the two sides. Animal sounds can be heard from within the grounds. The photographs below show an aviary on my left and the giraffe house across the bank. 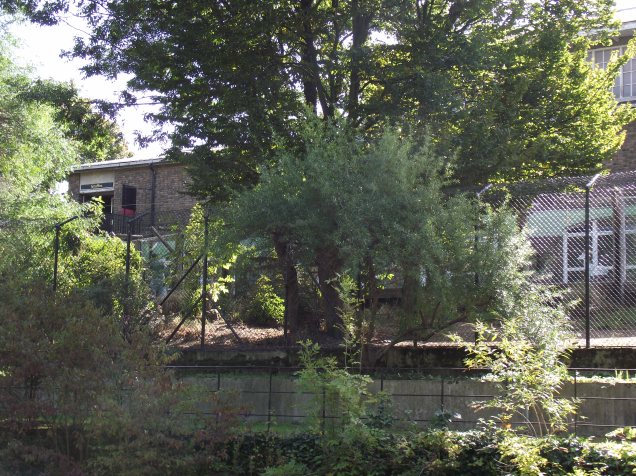 The familiar view of the floating Chinese restaurant told me that I was to take the left turn under the next bridge.

Camden lock was just a little way further ahead, as announced by the Bohemian air and herbal aroma. 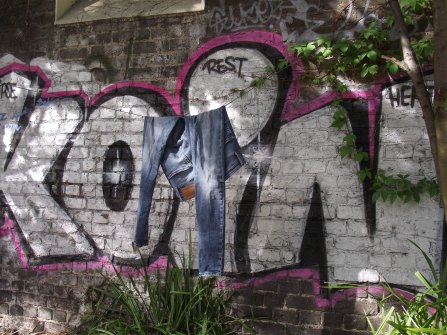 Camden Lock is a noisy and very vibrant hub of activity. It was almost midday and the area was teeming with visitors, exploring, shopping or just watching the world go by. The finger post told me I had walked two-and-a-half miles from Little Venice and that I could walk 302 miles to Liverpool if I fancied it. I decided to pass on that. 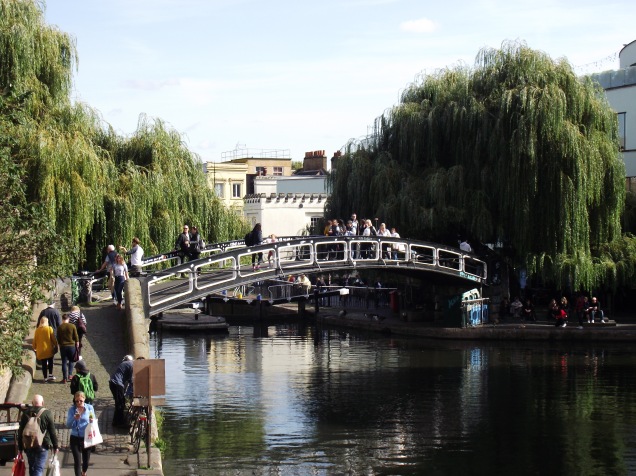 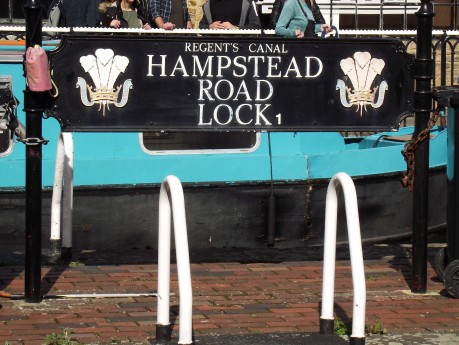 I love Camden and have been countless times over the years, but I have found that as I get older I am less comfortable and less patient in the thick of the very slow moving swarms of spatially unaware sightseers, but it’s still good to see the amusement and wonder on the faces of visitors as they pose for selfies in this bizarre and very unconventional part of London where anything goes. 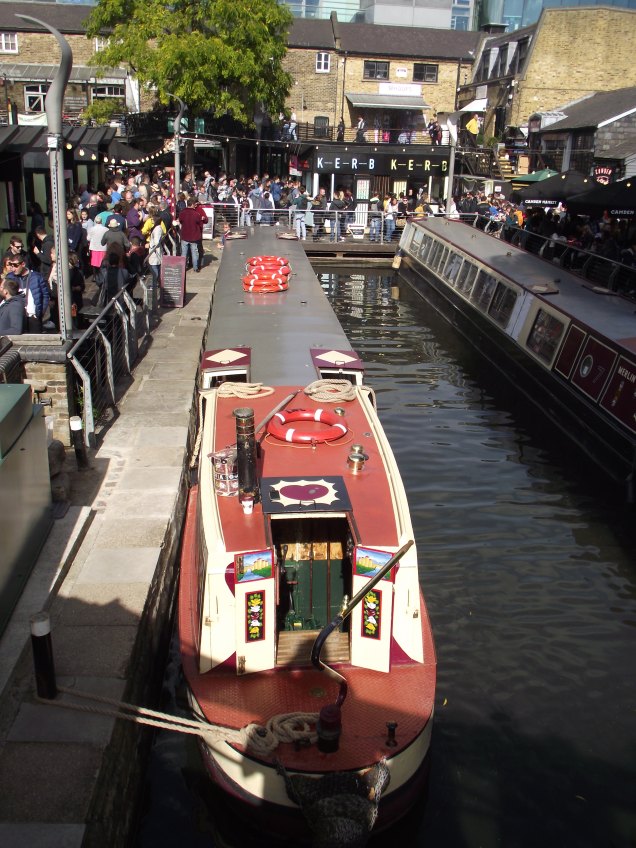 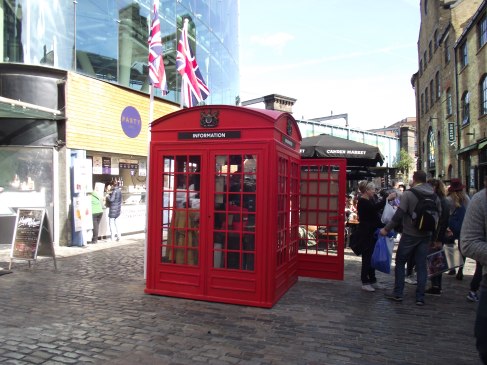 The late Amy Winehouse  was a Camden girl, a fact which is celebrated through art works around the Stables market where she once worked on a stall. Would she still be around now if she hadn’t found fame? 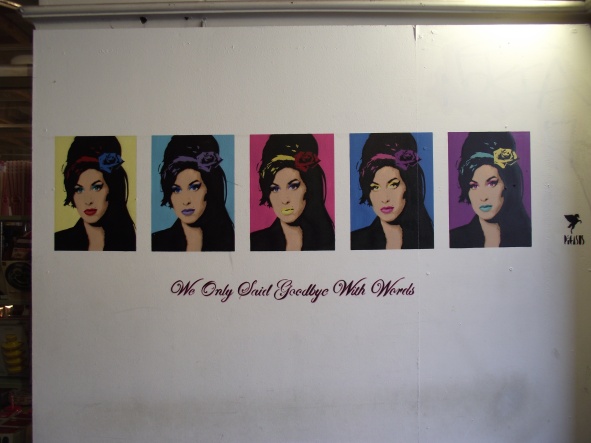 The Stables Market was formerly a horse hospital, dating back to 1854. Camden was an industrial hub where horses were instrumental in hauling goods between the canal and railway networks. References to the site’s former use are displayed throughout the market place’s alleys and courtyards. 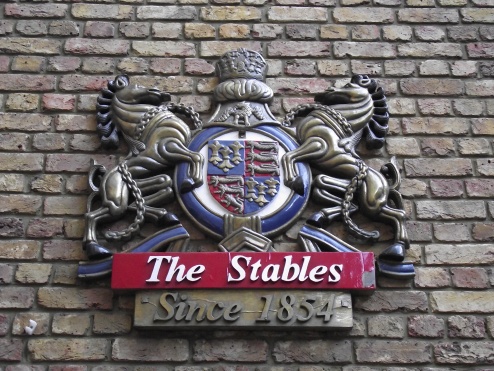 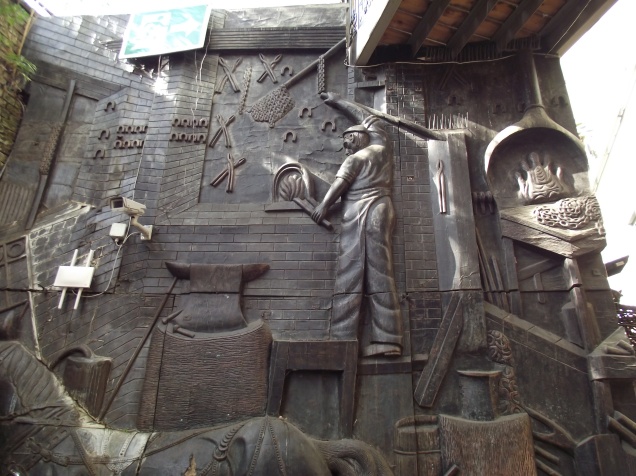 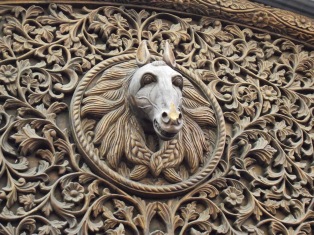 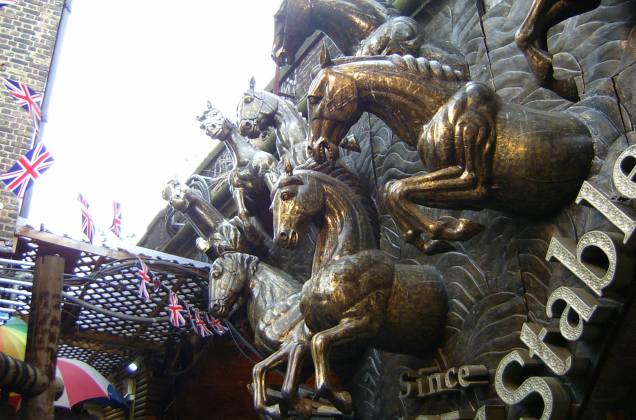 I amazed myself by keeping my purse zipped shut as I mooched around the winding passageways, a cornucopia of ethnic, vintage, and curio shops.

Very ready for a sit down and a spot of lunch, I walked the short distance to Chalk Farm tube station to head back by train to the heart of the city.