In 1929, British mystery writer Agatha Christie penned a novel, The Seven Dials Mystery, an intriguing tale of murder and espionage with all the usual twists and red-herrings before it is revealed that Seven Dials is not just a place but a secret society of international spies. 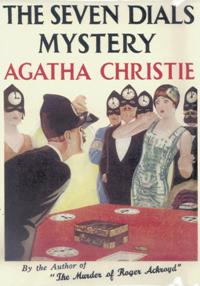 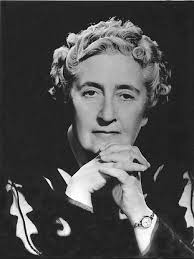 There is a new unsolved mystery if you know where to look: read on…..

Tucked in between the theatres of London’s West End and bustling arty Covent Garden is one of my favourite parts of the city: Seven Dials. It’s a small area, consisting of just seven streets which converge at the landmark from which the locality takes its name.

A 20ft Doric column adorned with six sun dials sits upon an 8ft plinth; the obelisk itself represents the seventh ‘dial’. The original monument was installed in 1694, orientated so there was a direct south and direct north vertical dial, and four vertically declining dials. It was removed in 1773 as it had become a congregation point for the drunk and disorderly of the area, and the modern replica was erected in 1989.

By that time, the area’s fortunes had completely reversed, and it had become what it is today: buzzing, lively and full of high-end shops and cool places to eat and drink.

It has also attracted practitioners of alternative and healthy lifestyles. 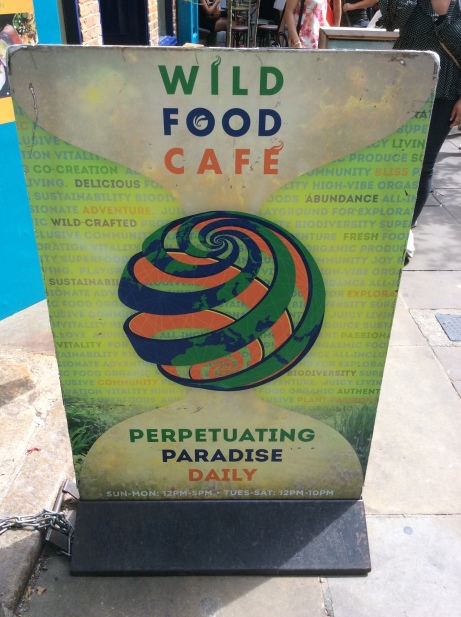 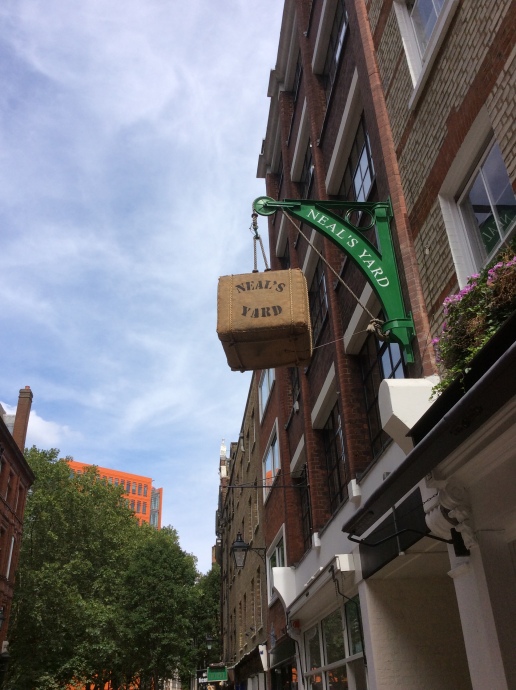 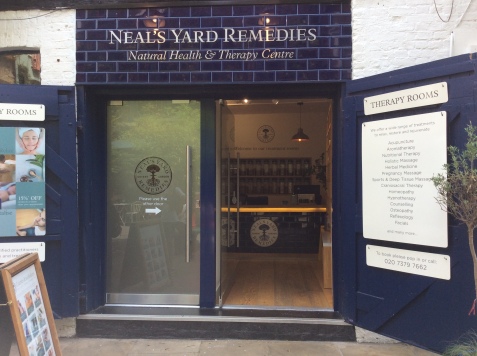 Originally open farmland, the area was first planned and developed in the 1690s by politician and entrepreneur Thomas Neale (1641 – 1699), a flamboyant character who, alongside his long career as an MP, always seemed to have various enterprises on the go, including civil engineering projects of which Seven Dials was just one. Neale’s CV is an impressive read and includes ventures in colonial America where he was instrumental in setting up a central postal service.

His vision for Seven Dials was one of gentrification; a desirable residential area for the rich, whose rent money would line his pockets. Instead, it became synonymous with poverty and degenerate living and joined the list of failed speculations which ultimately led to ‘Golden Neale’ dying insolvent, due in no small part to his gambling habits. 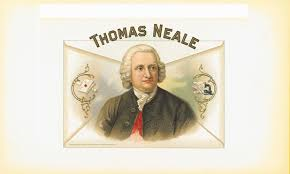 ‘streets and courts dart in all directions, until they are lost in the unwholesome vapour which hangs over the house-tops and renders the dirty perspective uncertain and confined.’

‘The stranger who finds himself in the Dials for the first time…at the entrance of Seven obscure passages, uncertain which to take, will see enough around him to keep his curiosity awake for no inconsiderable time…’.

William Hogarth’s propaganda print Gin Lane about the evils of drinking is believed to depict the area around Seven Dials.

That curiosity of which Dickens wrote in the 1800s inspires many of today’s visitors, though instead of ‘unwholesome vapours’ and ‘dirty perspectives’ they are more likely to find a very wholesome, inspiring and soulful environment and an unusual piece of art.

On the white-washed wall of a passageway on Monmouth Street a spray painted mural appeared on 31st August 2017, the 20th anniversary of the death of Princess Diana.‘Be As Naughty As You Want’ shows Diana in the guise of Mary Poppins with her magical flying umbrella, watched by Prince George and Princess Charlotte. His mother’s advice about naughtiness was reported by Prince William in an interview earlier in the year.

This thought-provoking image is the work of famous street artist, Bambi, whose true identity remains a mystery despite her fame and the controversy surrounding the social and political messages expressed through much of her work. Tourists queue to have their photo taken next to the royal graffiti but I was able to get a quick shot between poses. 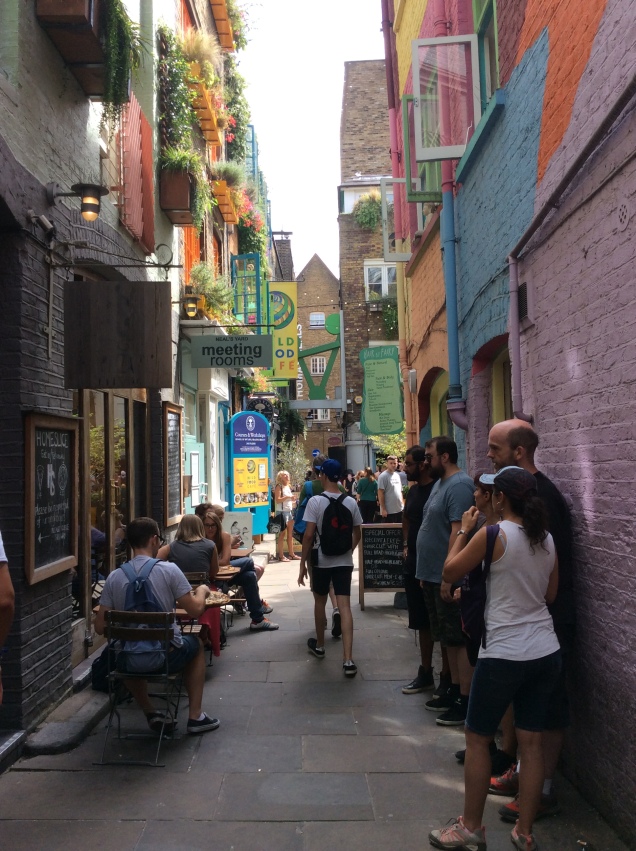 The short passage leads to gloriously colourful Neal’s Yard, a radiant and vital hub of energy where a tour of the courtyard offers exciting food and drink, courses in natural apothecary and the chance for some self-indulgence at surely the brightest hair & beauty salon in the capital. 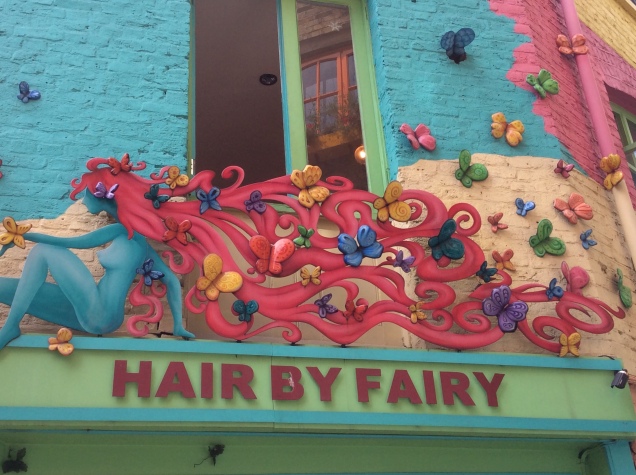 The Yard and nearby Neal Street are named after the architect of Seven Dials, though why the ‘e’ was dropped from his name is another mystery.

Sitting in Neal’s Yard is always joyful no matter what time of year, but especially on a sultry afternoon such as on my recent visit when the temperature hit 30 degrees and the baking hot sun and spice-coloured buildings almost made me forget I was in England.