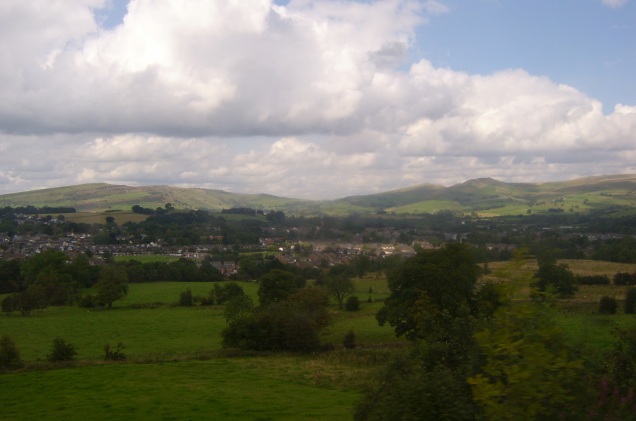 The Romans called it Aquae Arnemetia but we know it as Buxton, a former spa town in the beautiful county of Derbyshire. Arnemetia was a deity of the Romano-British empire and her shrine, or sacred grove, was located there. Derbyshire is well known for its natural springs and wells and their restorative properties, and many of us will be familiar with the Buxton Spring brand of bottled water. At 300m above sea level, Buxton is the highest small market town in the country. This, along with the warm spring at a constant temperature of 28 degrees, made it an ideal location for a Roman settlement

The Peak District National Park is one of the most stunning areas of England, rivalled only (in my own humble opinion) by the Lake District. It is a popular destination for walkers and cyclists as well as those like me who are happy just taking in the sublime views. Buxton is the main town in the western Peak District and is less than an hour outside Manchester, very easy to get to by car or, in my case, by train. What better way to spend a lazy Saturday than to head to the sacred grove and raise a glass (well…. a bottle) of the finest spring water to toast the goddess?

I hadn’t been to Buxton for many years. It had been included in numerous family day excursions to the region when I was a child and after that as the final stop on the homeward bound journey of some brilliant Peak activity holidays in the late ‘90s. I was struck by how little the town had changed, and that is one of Buxton’s many charms; a feeling of timelessness. Yes, it has many of the well-known chain shops found in most town centres, but overall these are discreetly ‘tucked away’ inside a couple of shopping arcades which are themselves blended into the genteel townscape. I wondered to myself (as I so often do after an hour spent ambling around a lovely place so easily accessible and a comfortable distance from my home) why I didn’t come here more often.

I’d had an early start to my day and was ready for a spot of brunch, so was delighted to happen upon Hydro Café on Spring Gardens. This town centre establishment has won local awards for the quality of its fresh home-cooked food, and takes pride in its ‘alternative’ options. I treated myself to a full vegan cooked breakfast, and wasn’t disappointed. Spring Gardens is the main shopping street and includes a few of the usual names along with some independent retailers. There are three ‘outdoors’ shops on this smallish high street, which came as no surprise to me, considering the wealth of opportunities in the region for walking, climbing and hard-core cycling. 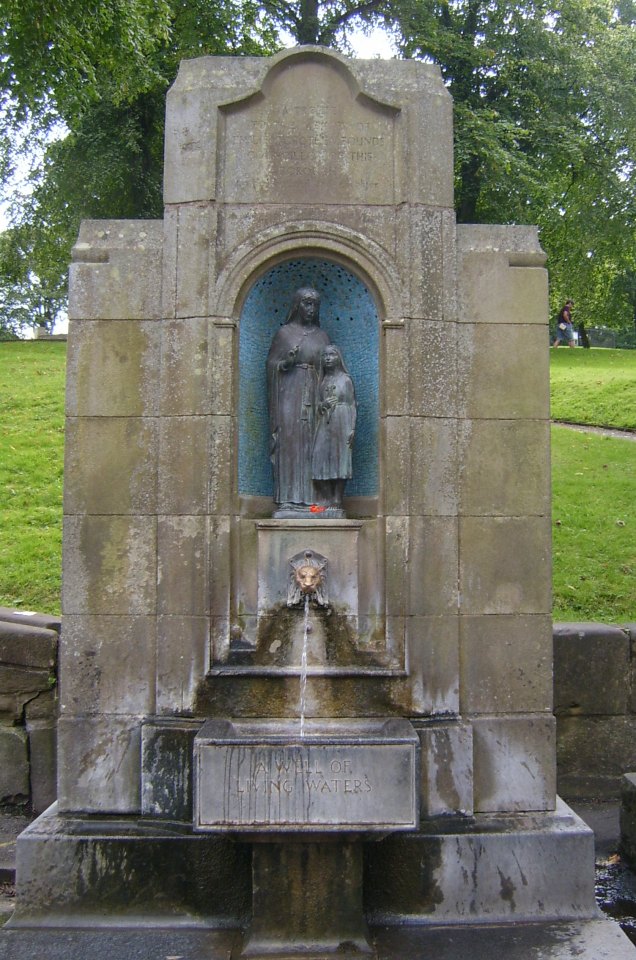 Next, I headed off in search of history. My first stop was St Ann’s Well, a free-flowing source of mineral water which has existed since before Roman times. When the invaders arrived in Buxton a pagan sacred site already existed at the location of the geothermic spring. Water from the well was later piped and channelled into a bath house underneath what is now the nearby Georgian crescent. The Romans dedicated the site to the goddess Arnemetia. Apart from a couple of occasions when it has had to be stopped for essential maintenance, the spring has flowed uninterrupted since mediaeval times. Daily, people call by to fill their bottles and enjoy the mineral-rich water, so I stayed for a little while to imbibe the goddess’s gift. The well was later rededicated to the Christian Saint Ann and a chapel was built at the site, but it was destroyed during the reformation of the 16th century. Derbyshire is famous for its well dressings, a custom of beautifying well sites by adorning them with flowers. The custom springs (no pun intended) from the pagan tradition of making offerings to water deities and it is still going strong as a secular local tradition. I have seen several dressed wells in other parts of Derbyshire, but will be sure to revisit St Ann’s Well again next year to see it in all its floral glory.

Buxton’s splendid Georgian crescent is currently under renovation as part of a grand scheme to bring it and the former pump room back to their former grandeur, so it was off limits today. Constructed in the 1780s, it emulated the style of the famous crescent at another spa town, Bath.

The pump room was smaller than I had expected it to be, but it was easy to imagine (with the aid of some photographs on display) its former elegance and its popularity amongst the Victorian gentlefolk of Derbyshire. Like the crescent, the pump room is part of a multimillion pound restoration project which will be completed in 2019. Built at the end of the 19th century, it was a dual-purpose venue. A flight of steps leads down into a small immersion pool where visitors would have bathed in the mineral-rich waters, whilst the area above and surrounding the pool served as a social space for afternoon tea. I’m not sure how I would feel about being on display during my aqua therapy session!

A short walk away is Buxton Pavilion Gardens and adjacent to them is the famous Opera House, a venue for a wide range of musical and artistic performances. I decided to take a leisurely stroll through the Gardens, a very popular spot for locals and visitors alike. Offering rides on a mini train, a park area for children, areas to sit and relax, beautiful horticultural displays and various water features it is easy to see why. There was even a Punch & Judy show which was going down very well with the young and not so young audience; I’ve always found this particular entertainment a bit sinister, but it was good to see the tradition continuing.

I was less pleased to see two adorable donkeys, saddled up and waiting to take small paying customers for rides around the Gardens. It was a very warm day and they didn’t look like they were having fun. As I approached I caught the conversation between their owner and an Australian chap who was talking about the sadly too common ill treatment of donkeys around the world. This seemed like the ideal opportunity for me to ask if these two enjoyed giving rides; their owner assured me that they loved coming out and it was only for a few hours at the weekend. She seemed genuine and I hope it was true, though they did look bored to me – not that I’m an expert on donkey body language. After petting the gorgeous creatures, I made my way to the Pavilion. 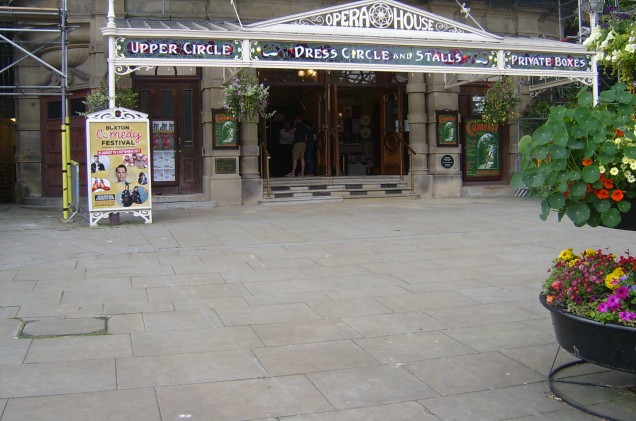 It was a great stroke of luck that my visit had coincided with an Arts & Crafts Market. Many such events take place there regularly throughout the year; on looking at the various leaflets I had picked up from the tourist information stand I was impressed by the wide range of arts and cultural activities which are held in the town.

Finally, I left Buxton with a bag of hand-crafted delights and a few ideas for my next visit, which I feel sure won’t be too far off. 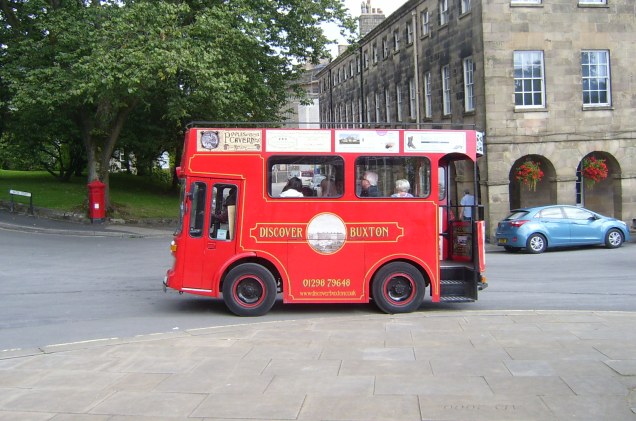